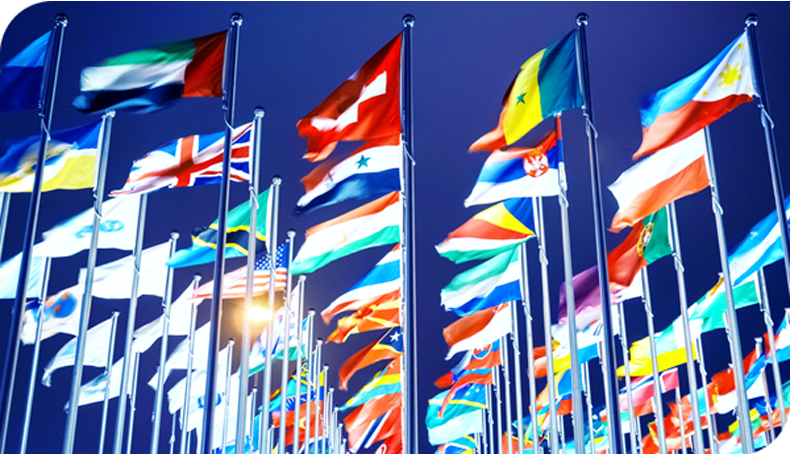 Permanent Establishment (PE) is a concept created for tax purposes. According to the OECD, a permanent establishment is a fixed place of business through which the business of an enterprise is wholly or partly carried out. The practical meaning of a PE is that it creates a taxable presence for a company outside the company’s country of establishment. A PE can also be triggered through individuals acting on behalf of a company. PE should not be confused with a place of business, place of tax residency, or place of effective management.

As each country has a different approach to PEs, be sure to always refer to available information about PE registration and compliance in the jurisdiction where your activities might trigger a PE. Also note the following:

In Estonia, the rule is simple: if a company is incorporated under Estonian laws, the company is considered a tax resident. All companies registered with the Estonian Business Register are considered tax residents and are therefore subject to taxation in Estonia.

However, in addition to being a tax resident in Estonia, some companies might have dual tax residence. For example, some countries stipulate that the place of effective management triggers tax residency. Thus, if a company was incorporated under Estonian laws but is effectively managed in another country, that company may be considered a dual resident and may have profits taxed in two countries.

Note that a company with dual residence is not the same as a company with permanent establishment in another jurisdiction. Also keep in mind that rules for determining tax residency are different for companies and individuals.

Below is a summary of how some countries understand permanent establishment and dual residency. The descriptions are based on publicly available information and are only meant as a quick reference. Always work with a local tax expert to clarify any tax consequences which may apply to your particular situation.

Ukraine generally follows the OECD definition of PE. Ukraine recognizes three types of PEs: Classical PE, Agent PE, and Service PE. Ukrainian tax law provides a list of common PEs, such as place of management, affiliate, office, server, and so on. The presence of an international tax treaty should override Ukrainian domestic rules if the treaty is more beneficial to the taxpayer. Please refer to the State Fiscal Service of Ukraine for more information.

In Ukraine, a company is considered a tax resident if it is established under Ukrainian law. Managing an Estonian company in Ukraine should not lead to dual residency. For more information, visit the State Fiscal Service of Ukraine: http://sfs.gov.ua/en/

According to German rules, a PE is any fixed business facility serving a corporate purpose. A permanent representative is someone who “habitually” deals on behalf of the principal (the principal being the Estonian company, for example) and acts according to the principal’s instructions. German tax treaties are usually in line with the OECD’s definition.

In Germany, a company is considered a tax resident if either its place of incorporation or its main place of management is in Germany. If you effectively manage your Estonian company in Germany, then the company may be considered a dual resident. In this case, the Estonia-Germany tax treaty or competent authorities should be consulted.

For more information, please refer to the German Ministry of Finance: https://www.bundesfinanzministerium.de/Web/DE/Home/home.html

In the UK, a PE is created if the non-resident company:

Companies incorporated abroad may be considered UK residents if the place of central management and control is situated in the UK. In this case, the company may be considered a dual resident. Please consult the Estonia-UK tax treaty or competent authorities. And for more information, visit HM Revenue & Customs: https://www.gov.uk/government/organisations/hm-revenue-customs.

In Spain, a company is considered a tax resident if it was founded in Spain, or if its business activities are managed and controlled from Spain. In this case, the company may be considered a dual resident. Be sure to consult the Estonia-Spain tax treaty and competent authorities on this matter. And for more information, visit the Spanish Tax Agency: https://www.agenciatributaria.es/

In France, a PE is created through:

If there is any doubt, French tax authorities will rule on the existence or nonexistence of a PE.

Generally, only companies established under French law are considered French tax residents. Therefore, there should be no issue with dual residency pertaining to Estonian companies, even if the Estonian company is effectively managed in France. For more information, visit the Ministry of Action and Public Accounts: https://www.impots.gouv.fr/portail/

Under Turkish law, the threshold for the creation of a PE is lower than that described by the OECD. Whether your activities create a PE in Turkey must be evaluated on a case-by-case basis. It is recommended to consult with the relevant tax authorities.

In Turkey, a company is considered a tax resident if the business’s headquarters are in Turkey. Therefore, if an Estonian company is headquarted in Turkey, the company may have dual residence. Be sure to consult the Estonia-Spain tax treaty and competent authorities on this matter. For more information, visit the Turkish Revenue Administration: https://www.gib.gov.tr/en